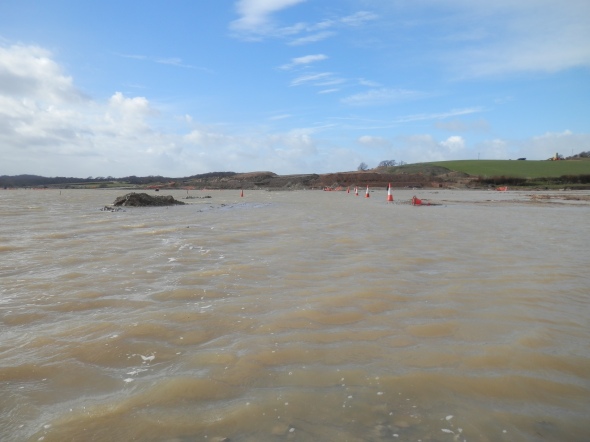 Link Road contractors Hochtief-Taylor Woodrow have been granted a huge increase in permitted hours of working by East Sussex County Council (ESCC), despite the council insisting that the work is on schedule.

ESCC recently made a great fanfare about how the work on the Link Road is on schedule despite what the Met Office has said was the wettest winter for 250 years. But at the same time, contractors have applied for, and been granted, permission to vastly increase their hours of work.  This rather suggests that construction is behind schedule and that the contractors are now doing a frantic catch-up job.

In a letter to the contractors, dated 4 April, from Tony Cook, head of planning at ESCC, the hours in which construction is permitted are increased by almost 30%. Previously, the permitted hours were Monday to Friday 7am to 7pm, and Saturday 7am – 1pm. No work was permitted on Sundays.

Under the new regime – in force at least until June 29 – the hours are extended to 8pm on Monday to Friday, until 6pm on Saturday, and from 9am to 6pm on Sunday. 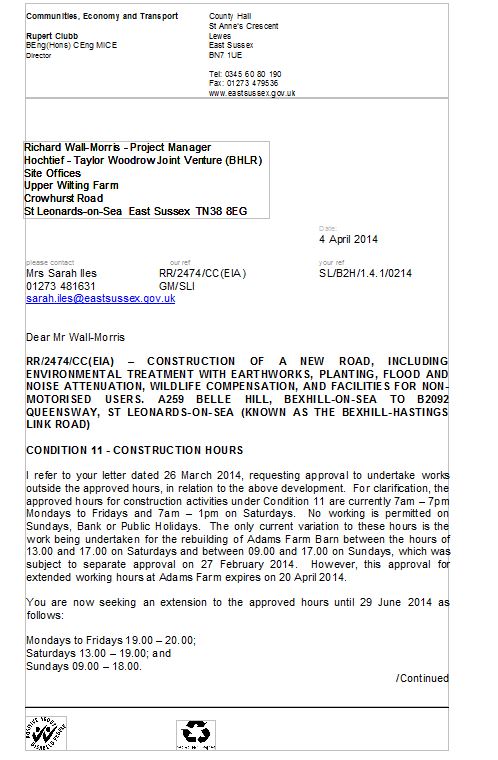 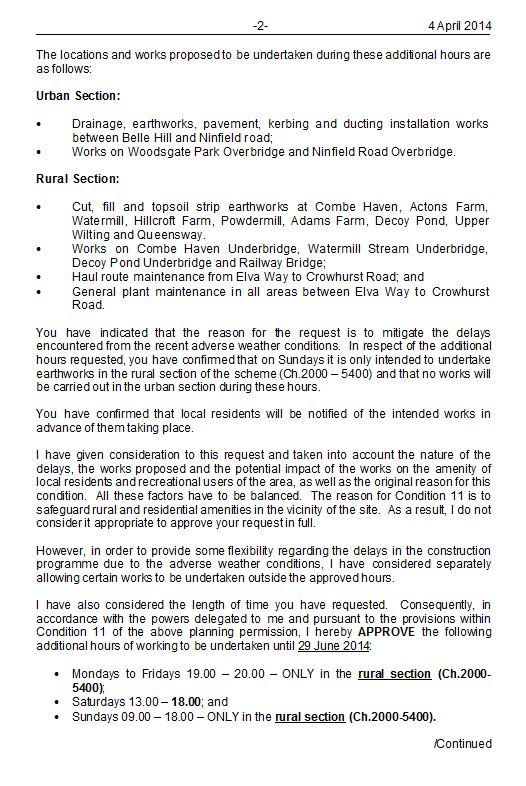 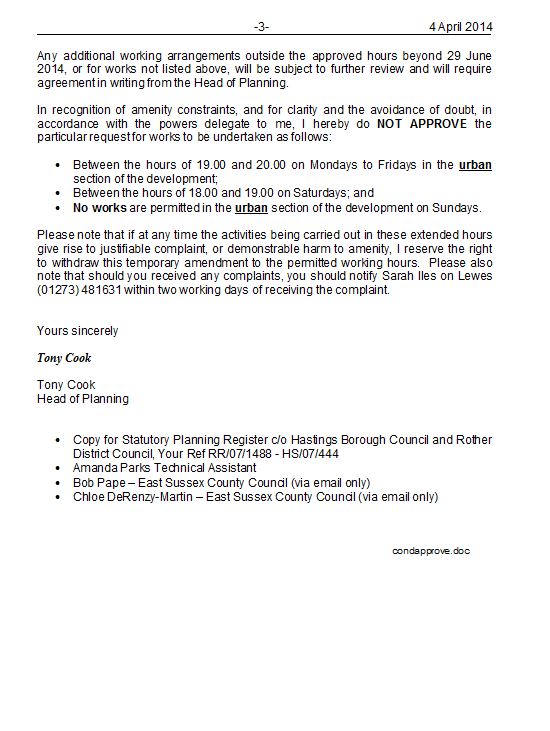 The only restrictions on working are that contractors are not allowed to work in urban areas after 7pm or on Sundays, although according to residents at the recent meeting in Bexhill with Greg Barker MP, these bars on late night working are regularly flouted.

The letter from ESCC states that, ‘You have indicated that the reason for the request is to mitigate the delays encountered from the recent adverse weather conditions’.

Yet in February, ESCC issued a press release headlined ‘Link Road work on schedule despite downpours’. In it, ESCC Project Manager Bob Pape boasts that, ‘The project is still on programme to complete in May 2015, so everything is going according to plan. The weather conditions have been difficult and challenging for the workforce on site, however we knew about that and allowances have been made in the programme. We know the valleys flood at this time of year and there’s always likely to be plenty of rain.’ 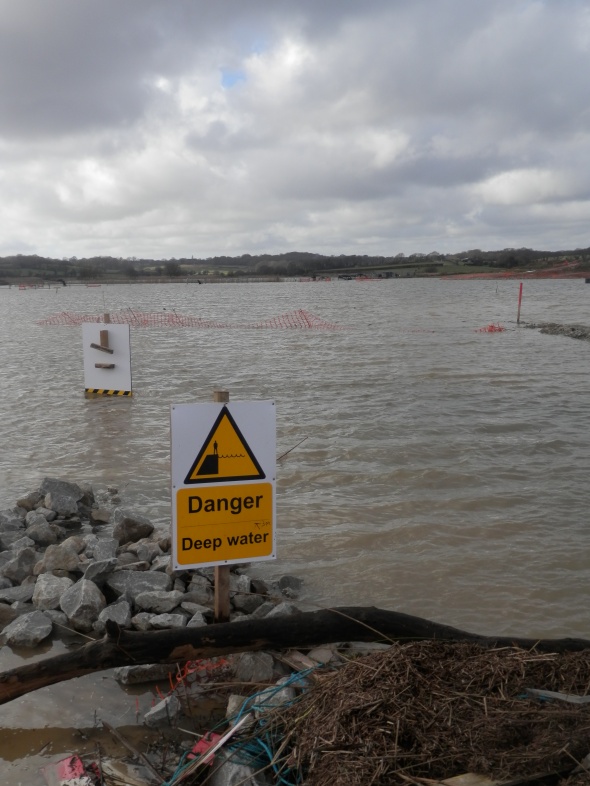 Perhaps the ‘allowances’ Bob Pape talks about were not enough: if the Link Road is still on schedule, it’s only because they’ve upped the work rate by 30%, and a lot of people are making a lot of money in overtime. In 2010, ESCC stated that ‘given current funding pressures’ it could not spend more than £18m in total on the Link Road. So far, it has committed £57m. Watch this space for the next request from ESCC for more of our money.