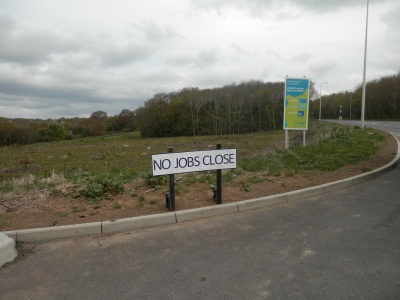 Local residents have expressed their concern that Hastings Borough Council (HBC) is failing in its duty to hold publicly-funded regeneration company SeaChange Sussex to account. Over three years after Hastings Borough Council made a decision to require the Chief Executive of SeaChange Sussex to provide an annual briefing to the council, no such briefing has taken place.

In April 2013, HBC’s Cabinet made a decision that an ‘annual briefing from the Chief Executive of SeaChange’ should be ‘made part of the annual Programme of Member training’ [3]. However, a Freedom of Information (FoI) request submitted almost three years later by a Hastings resident has revealed that ‘Due to other commitments, the Member Training and Development Group have not been able to schedule a briefing’ [4].

The FoI request goes on to say that, ‘The council’s appointed Director on the Board of SeaChange (currently Councillor Poole), continues to attend quarterly meetings of Overview and Scrutiny Committee for Services, and members have the opportunity to ask for updates about the work of SeaChange as part of their performance monitoring role if they wish’.

However, an inspection of the minutes of the Overview and Scrutiny Committee for Services [5] show that in the past three years, no member of the committee appears to have asked for such an update, or raised a single question about SeaChange’s performance.

SeaChange Sussex is a ‘not for profit economic regeneration company’ [6], funded entirely from public money. In the past few years, it has received tens of millions of pounds for projects including the North Queensway Innovation Park, the Havelock Place development in Hastings town centre, the Bexhill Enterprise Park and Enviro 21 [7]. Some of these projects – notably the North Queensway Innovation Park [2] and Enviro 21– appear to have failed to attract the predicted occupiers or created the jobs that SeaChange claimed when the projects were first announced.

Spokesperson for Combe Haven Defenders, Anthony Bradnum, said, ‘SeaChange Sussex has received millions of pounds of public money, and in several cases appears not to have lived up to the promises it made in terms of job creation. It is deeply worrying that Hastings Borough Council seems to have no interest in holding SeaChange to account, by scrutinising their projects and ensuring that the public money poured into the company is being properly spent. We’re calling on Hastings Borough Council to immediately institute a programme to scrutinise the work of SeaChange Sussex.’
Contact 07565 967 250

[2] Although one occupier has now been found, it is a company moving from another part of Hastings and creating no new jobs – see http://seachangesussex.info/257/